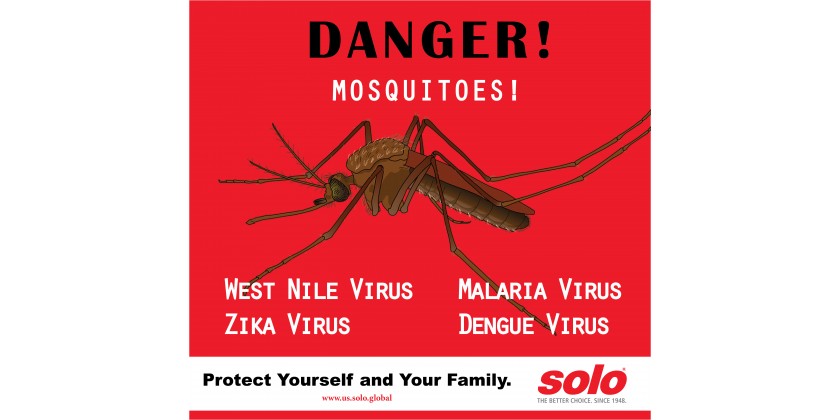 The Dangers of Mosquito-Borne Diseases

Mosquitoes are notorious for spreading infectious diseases. Zika, West Nile virus, and malaria are some of the illnesses that plague millions of people. Here is a short list of common mosquito-borne diseases:

West Nile virus is the most common mosquito-borne disease in the United States. Many people contract West Nile virus without even realizing it. For most people, West Nile virus has no symptoms. Only 1 in 5 people show some signs of illness, and 1 in 50 people show severe symptoms. Severe cases of West Nile virus can travel through the bloodstream and infect the brain. The disease could then progress into acute brain inflammation, also known as encephalitis. West Nile virus may also lead to meningitis. Warning signs of a severe condition include high fever, severe headache, confusion, or muscle weakness.

Zika made headlines in 2016 after an outbreak that caused a rare neurological defect in newborn babies. If a pregnant woman becomes infected with Zika, the virus can lead to underdeveloped brains in children, also known as fetal microcephaly. Other people infected with Zika may show minor symptoms such as fever, rash, or joint pain. Zika is also transmitted sexually.

Malaria is among the deadliest of all mosquito-borne illnesses. Millions of people around the world contract malaria. Cases of malaria are rare in the United States, but travelers and immigrants have a higher risk of contracting the disease. Symptoms include fever, fatigue, chills, headache, body aches, nausea, and jaundice. If left untreated, the disease is fatal.

Dengue, like malaria, rarely occurs in the United States. Travelers have the highest risk of contracting dengue. Symptoms of dengue include high fever, headache, joint pain, eye pain, rash, or mild bleeding. Some people may develop dengue hemorrhagic fever which can cause organ damage, severe bleeding, and even death.

Who is at Risk?

Some people are at a higher risk of contracting mosquito-borne illnesses. For example, mosquitoes are more likely to bite people who work outside, leaving them at a higher risk for disease. Pregnant women are more likely to suffer from the adverse effects of Zika. The reality is that mosquito-borne diseases do not discriminate against age, gender, or race. Everyone is at risk. If you display any of the symptoms listed above, please seek medical attention immediately.

Do you know how to reduce your exposure to mosquitoes? Comment down below.