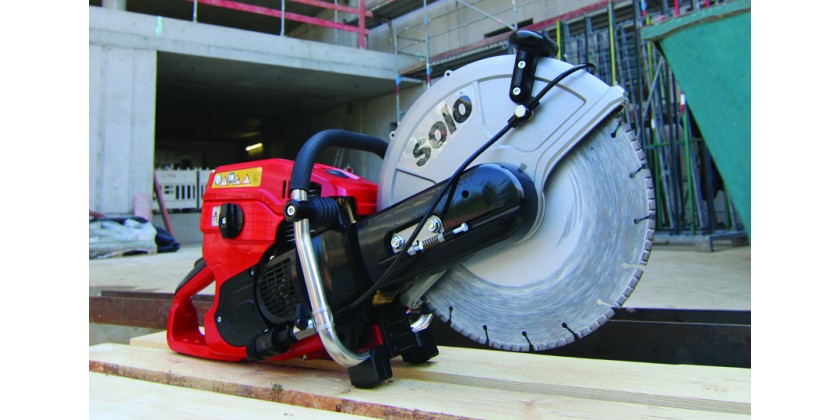 Solo Incorporated, one of the innovators of professional backpack sprayers, has also been making two-stroke engines since 1948. Before entering the construction industry, Solo spent seven years on research and development to overcome technological obstacles currently associated with cut-off saws. Subsequently, Solo introduced the state-of-the-art 880 and 881 Concrete Saws, once again bringing innovation and world-class performance to the industry.

The Solo 880 and 881 Concrete Saws feature no manual choke to pull, no half-throttle button to push, and one Push Stop-System that stops the engine and immediately prepares it for renewed operation.

The Solo 881 features iLube®, the world’s first Intelligent Lubrication system, where oil is automatically mixed with the fuel by an electronically-controlled pump. The user never again has to worry about having the correct fuel mixture. When we contemplate about the features and benefits of Solo German-engineered and German-built Cut-off Saws, we can’t help but wonder why you wouldn’t try a Solo.